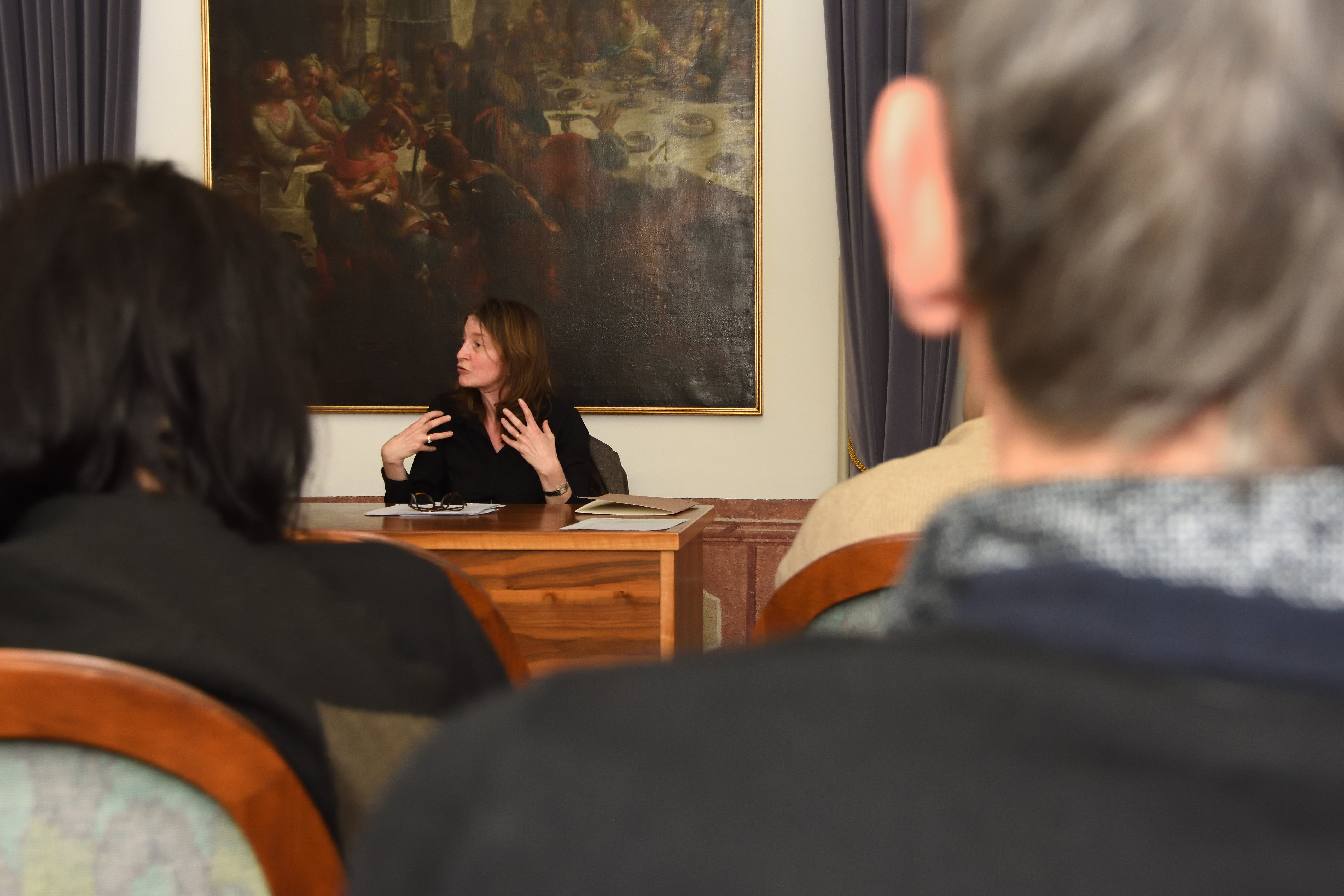 In what Freud identifies as the third phase of the theory of drives, he makes the death drive the pivot of the economy of drives. The end of the dominance of the pleasure principle, and the taking over by the death drive, remain no less profoundly puzzling. It is precisely the question of death in the death drive that I would like to address in my lecture, by taking and following to the letter, as much as possible, Freud’s hypothesis-turned-thesis. My presentation will be concerned with examining the status of the death drive within the Freudian economy of instincts, in order to ultimately establish the signification and the sense of death—or at least what Freud means by that—in his theory of drives.

The lecture in English language will be on Tuesday, 5th of March 2019 at 5 p. m. at Mala dvorana ZRC SAZU, Novi trg 4 street, 2nd Floor, Ljubljana.

Isabelle Alfandary is Professor of American Literature and Critical Theory at the Université Sorbonne-Nouvelle, France, where she teaches American literature, poetry, and critical theory. She is also President of Collège interntional de philosophie. As Directrice de Programme at CipH, her seminars deal with the intersection of philosophy and psychoanalysis. A specialist of American modernism, she is the author of many articles on American poetry and three published monographs on E. E. Cummings (E. E. Cummings. La minuscule lyrique. Belin, 2002) American modernism (Le risque de la lettre: lectures de la poésie moderniste. ENS-Editions, 2012) and Derrida, Lacan: L’écriture entre psychanalyse et déconstruction, Hermann, 2016. She is currently finishing a book on Freud and fiction.