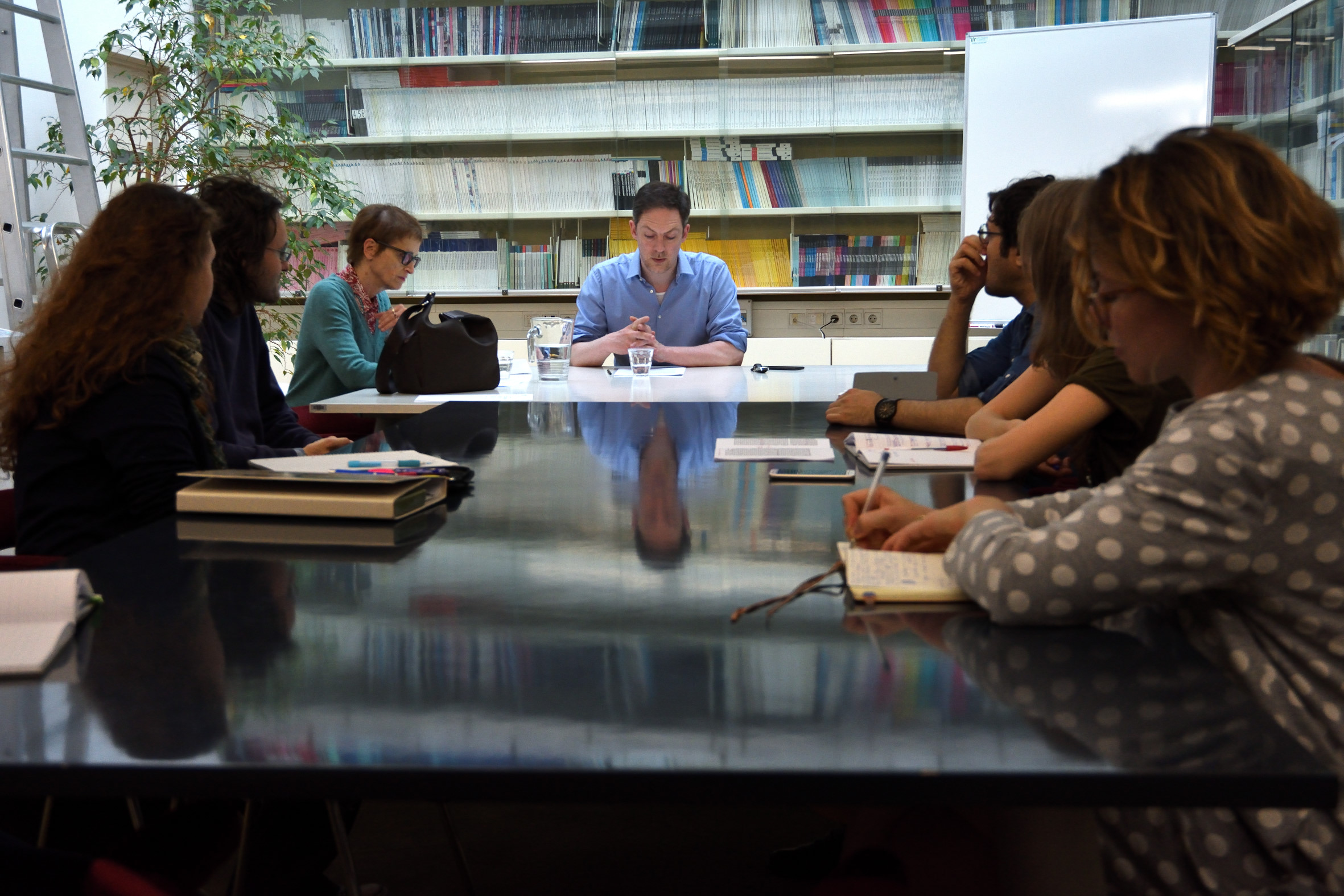 In the first seminar, we will discuss the inscription of difference within a series of terms: This allows us to the situate very generally the function of dialectics, the appearance of the subject, and the structure of the interval.

In the second seminar, we will read Hegel’s famous discussion of the Master-Slave-relation in the Phenomenology. Starting from a discussion within Plato’s Parmenides, we’ll proceed to Hegel, following the traces of another Master without Slave.

In the third seminar, we will follow Hegel’s discussion of the actuality. We will read the existence of non-being as an obstacle to the actual, demanding for a multiplication of actualities.

Assoc. Prof. Jan Völker, Ph.D., is a research associate at the Institute of Fine Arts and Aesthetics at the Berlin University of the Arts. He is visiting lecturer and Associate Professor at the Postgraduate School ZRC SAZU and at Bard College Berlin. His current work focuses on modern thought between Marx, Freud, Kant, and Hegel. Recent Publications include (as editor and translator) “German Philosophy”, a debate between Alain Badiou and Jean-Luc Nancy (MIT, 2018); “Badiou and the German Tradition of Philosophy” (Bloomsbury, forthcoming 2019).