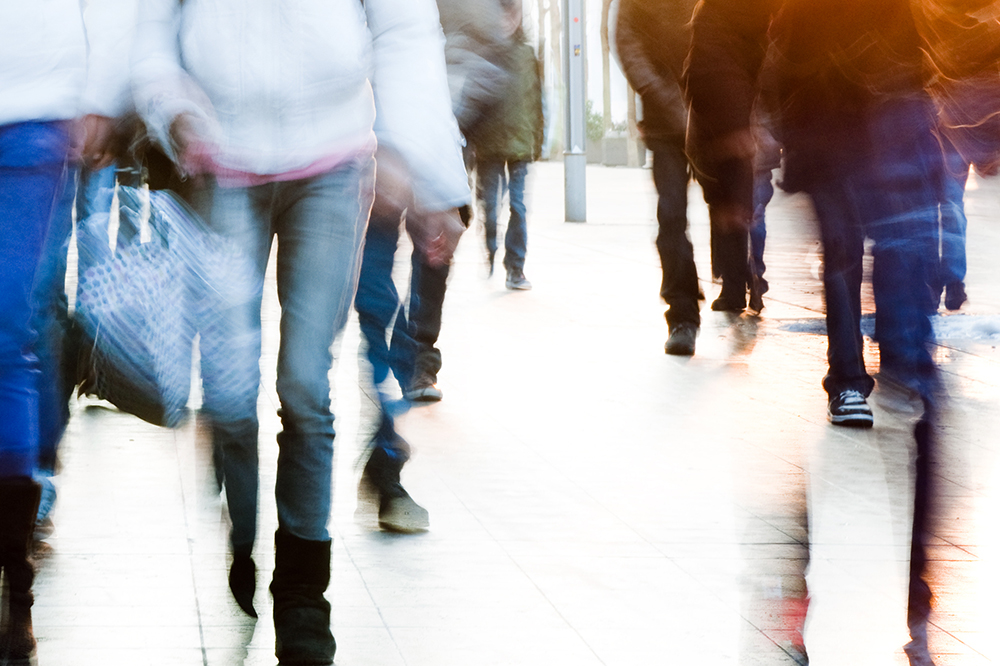 Due to Covid 19 safety regulations, the event will take place online via ZOOM.

The colloquium will be held in English.

We want to rethink recent or past work in theory and critical discourse that provides possibilities for strategies and options that will reflect on the present moment in societies, or in theory, and propose, or not, any possible emancipatory politics, if emancipation is still to be taken as a practice of change.

The international colloquium is again organized as part of the course Contemporary Theories on Art and Culture and the Esthetics of New Technologies (M. Gržinić) at the Postgraduate School ZRC SAZU within the modul e Transformation of Modern Thought Philosophy,
Psychoanalysis, Culture.

The majority of the participants were formed and got their promotion through the course and the module of the Postgraduate School ZRC SAZU.

The colloquium is organized by Marina Gržinić in collaboration with Jovita Pristovšek.

The presentation will address the main changes that necropolitics (that is, sovereignty of the politics of death) has brought to capitalism and examine how necropolitics centrally defines neoliberal global capitalism, transforming it into a necrocapitalist system. Special attention will be given to a set of theoretical and philosophical changes of what is to be discussed today as life, death, humanity, democracy, and esthetics.

Marina Gržinić works as a research advisor at the Institute of Philosophy ZRC SAZU and is a lecturer at Postgraduate School ZRC SAZU. Since 2003, she has also been teaching at the Institute of Fine Arts at the Academy of Fine Arts Vienna. She is a philosopher, theoretician, and artist from Ljubljana. Her most recent book is Border Thinking: Disassembling Histories of Racial Violence, Publication Series of the Academy of Fine Arts Vienna, Vol. 21 (editor; Berlin: Sternberg Press, 2018).

Title: Transphobia and the Left

The presentation will address the understanding of the relationship between gender oppression and capitalist value production, related to the phenomenon of the (im)possibility of the validation of trans identity/experience by the political left. Mia and Lina Gonan will explore some concepts from traditional Marxism, such as the understanding of labor, revolutionary subjects, the progressiveness of capitalism, etc., which, in their view, present the root of the marginalization of gender issues by the left.

Mia Gonan has graduated from art history and sociology, Lina Gonan has graduated from art history and philosophy, both at the Faculty of Humanities and Social Sciences in Zagreb. They investigate the relations between queer and anti-capitalist theories and participate in a number of collectives that address the questions of sexism, transphobia, and homophobia. They are currently employed at the Multimedia Institute in Zagreb.

The contribution draws on the notion of necro-esthetics as developed by Marina Gržinić. It discusses the relationship between “deading” bodies, animism, and performativity of “flesh” to put forward a critique of Western (racial) esthetics and to map the possible paths and strategies of resistance to necropolitical reality.

Jovita Pristovšek holds a PhD in Philosophy from the Postgraduate School ZRC SAZU, Ljubljana. She is a postdoctoral researcher at the Academy of Fine Arts Vienna (2019–2021) and assistant professor at AVA – Academy of Visual Arts, Ljubljana (2009–present). She is the author of Strukturni rasizem, teorija in oblast (Structural Racism, Theory and Power; Sophia, 2019).

Piro Rexhepi holds a PhD in Politics from the University of Strathclyde. His research focuses on decoloniality, sexuality, and Islam. His recent work on racism and borders along the Balkan Refugee Route has been published in a range of mediums in and out of academia including the International Journal of Postcolonial Studies, Ethnic and Racial Studies, Critical Muslims, and the Guardian among others.

Title: The Threat of Contagion

Jasmina Založnik, PhD, is active locally and internationally as a writer, dance publicist, dramaturge, curator, producer, moderator, consultant, researcher, and art collaborator. She is a member of the regional network Nomad Dance Academy and its local association. She is a member of the editorial board of Maska, journal for contemporary performing arts, and Dialogi, journal for culture and society. She holds the degree of Doctor of Philosophy in Visual Culture, which she obtained from the University of Aberdeen, UK, in 2020 with the thesis titled “Claiming the Space of the New Performative Art Practices: Ljubljana, Belgrade, and Novi Sad (1965–1987)”. In 2015, she received the Ksenija Hribar Award for dance in the category criticism/dramaturgy/theory.

Contemporary western global politics is a continuation of the modern/colonial capitalist matrix from which it has developed. As an alternative to racial capitalism, its politics, modes of production, ways of thinking, imagining, and acting, which are reproduced globally, I will talk about the trans*formative potentialities of a new stage within long historical decolonization processes and struggles that continue today.

Tjaša Kancler, PhD, is an activist, artist, researcher, and associate professor at the Department of Visual Arts and Design – Section: Art and Visual Culture, Faculty of Fine Arts, University of Barcelona. They are the co-founding member of t.i.c.t.a.c. – Taller de Intervenciones Críticas Transfeministas Antirracistas Combativas (www.intervencionesdecoloniales.org) and co-editor of the journal Desde el margen (www.desde-elmargen.net).

Title: The Brutalization of Capitalist Realism into its Necrocapitalization: The Coronized Transformation of Neoliberalism and Its Contradictions

At the height of the debt crisis in 2009, Zero Books published Mark Fisher’s book Capitalist Realism: Is There No Alternative?, where Fisher introduced the idea of capitalist realism, according to which capitalism – not neoliberal capitalism necessarily – has become the only viable reality available to us. A decade later, in a time of the state of exception incited by COVID-19, according to Étienne Balibar (2020), the medical and the political are linked to one another in the event of the pandemic crisis. We can witness not only the hegemony of capitalist realism but also its necrocapitalization, which, due to the subjection of the medical crisis to the principle of calculation, by which bodies are forced to the status of being mere capitalized objects, needs to be defined also via brutalism – used also by Achille Mbembe for his diagnosis of the contemporary (2020). These transformations urge us to rethink the relations between neoliberalism, capitalism, sovereignty, and the sovereign, and especially the conditions of emancipation for those who, as argued by Mbembe, count for nothing.

Nina Cvar holds a PhD in Philosophy from the Postgraduate School ZRC SAZU, Ljubljana. She completed her thesis “Status of Digital Image in Global Capitalism” under the supervision of Prof. Marina Gržinić. As a professional film critic (2014–2017) and a graduate of Cultural Studies (BA) at the University of Ljubljana with honours, she held public lectures on film and film theory, with a strong focus on the convergence of analogue technologies with digitalization. Cvar has been active in the NGO sector for more than a decade. From 2017 to 2019, she was secretary-general and a researcher at the Faculty of Media. She is currently a researcher at the Faculty of Electrical Engineering, University of Ljubljana, where she works on different aspects of digitalization, especially on the enhancement of sustainable digital innovation ecosystems within the Interreg project Carpe Digem.

Title: “Care is not a domestic question but rather a public matter and generator of conflict.”

In a context in which COVID-19 prevention measures have effectively worked to support the progressive re-privatization of (child-, health-, and elder-) care and (social and biological) reproduction, with the attendant gendered division of labor, I propose to take a look at some recent interventions into the feminist discussions on reproductive politics. Some of these interventions (see, for instance, Shatema Threadcraft’s Intimate Justice, 2016) undoubtedly bring to the fore crucial reproductive concerns that have hitherto remained at the margins of mainstream feminist movements and theories (such as black and indigenous women’s fights against sterilization abuse). Yet, I ask whether in proposing an “intimate justice” framework centered around the “intimate capacities” of individual women, these writings might not be lending a hand to liberal divisions of private and public, individual and collective, divisions that have long served to naturalize care and reproduction in a gendered way and have effectively obscured their social productivity. Is there a way to affirm and safeguard the “intimate capacities” of all gendered subjects without succumbing to a discourse of individual rights secured in “the private sphere”? Is there room for re-imagining these capacities as collective possibilities and as labors productive of the social?

Katja Čičigoj is a philosopher, writer, editor, and translator, currently completing her doctoral studies. She has been a visiting researcher at the CRMEP, Kingston University, London, and the CPCT, Goldsmiths College, University of London. Her work spans contemporary European philosophy, critical theory, and feminist philosophy. She is a member of the editorial boards of spol.si and Maska and has co-edited two issues on feminism in the journal Dialogi. She has been co-organizing the Feminist seminar with KUD Anarhiv and the City Library of Ljubljana since 2016. She is a lecturer in philosophy at the Faculty of Media and the Academy of Dance, Ljubljana. Most recently she has translated Shulamith Firestone’s The Dialectic of Sex and authored an accompanying research essay (*cf., 2019). She is currently co-editing a volume for *cf. on feminist utopias of care and reproduction.