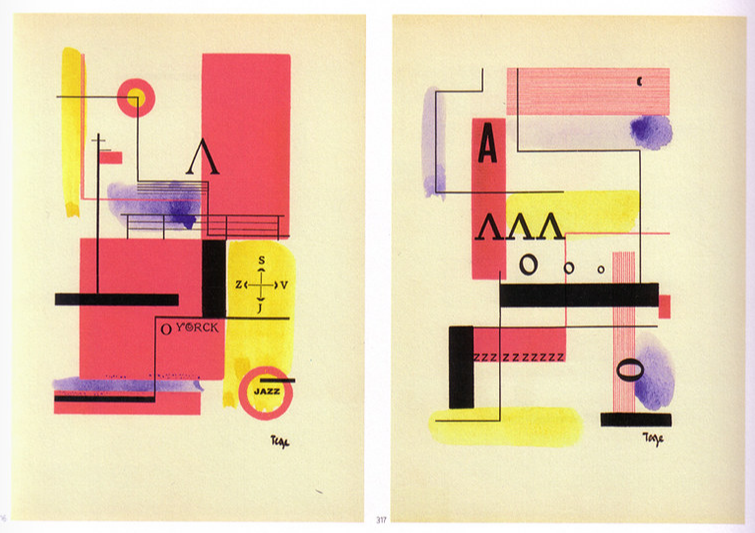 Karel Teige, the Czech Avant-garde, and the “New Folk Culture”.

Because the avant-garde presented itself as a revolt against tradition, it has become easy to assimilate it into historical narratives of progressive creative individuals standing up to conservative popular tastes and traditions. A closer look, however, reveals a much more complex relationship between the avant-garde and the notion of folklore. While some forms of folklore could appear as the worst embodiment of all that was wrong with art and society, in other forms it appeared as an alternative source of collective, festive consciousness, which could lift modern society out of the bourgeois marasmus. In this talk, Joseph Grim Feinberg examines the attitude toward “the folk” and “folk culture” in the work of the leading theorist of the Czech avant-garde, Karel Teige. For Teige, the notion of a “new folk culture” offered a pathway toward collective political subjectivity that lay outside the traditional bounds of politics and art, which opened the way for Teige’s exploration of the poetic and irrational dimensions of everyday subjectivity as conditions for revolutionizing the world.

Joseph Grim Feinberg is a researcher at the Institute of Philosophy of the Czech Academy of Sciences and editor of the journal Contradictions. He is author of The Paradox of Authenticity: Folklore Performance in Post-Communist Slovakia (2018) and co-editor of Karel Kosík and the Dialectics of the Concrete (2022). He is currently co-editing an English translation of Karel Teige’s Marketplace of Art (forthcoming 2022).